Bringing Weed Brownies to the Party: How to Do it Up Right

When there's a party going down, everyone pitches in to make it awesome. People bring brews, chips & dips, load up their iPods, and bring their coolest friends. What are you bringing to the next block party hit in the dorms or at your best friend's place? You're bringing the weed brownies. Partying in a totally legal state, you have every reason to get baked and have a blast, and this time you're getting your bake on in more than one way.

If this is your first time bringing the brownies, then we're here just for you. Today's special is all about everything you need to know to make the most bomb-ass weed brownies, dose them precisely, and become the chocolate-providing life of the party with a pan or two of delicious gooey cannabis squares.

Doing Up Your Weed Brownies Right

When you want to make sure everyone has a good time, it's important to get the dose right and label your brownies so your friends know what they're getting into. It's also a good idea to bring some non-pot brownies so that when everyone's hit their level but has the mad munchies, they can snack and maintain at the same time. So grab your buds, your brownie mix, and prepare for some kitchen witchery.

We already covered how to make cannabutter earlier so if you don't have your own recipe, you can totally start with ours. Basically, you want to pre-bake the buds to activate them, then infuse them into butter because cannabis delivers with oil way more potently than just sprinkling the leaves into your brownie mix.

Whatever portions you use, be sure to take notes. You'll need them in just a sec to figure out just how freaking potent your cannabutter is, at least in a rough estimate. Keep the packaging for the buds which should have TCH and CBD percentages and remember how many ounces of bud you started with. And how many ounces of butter you ended with. 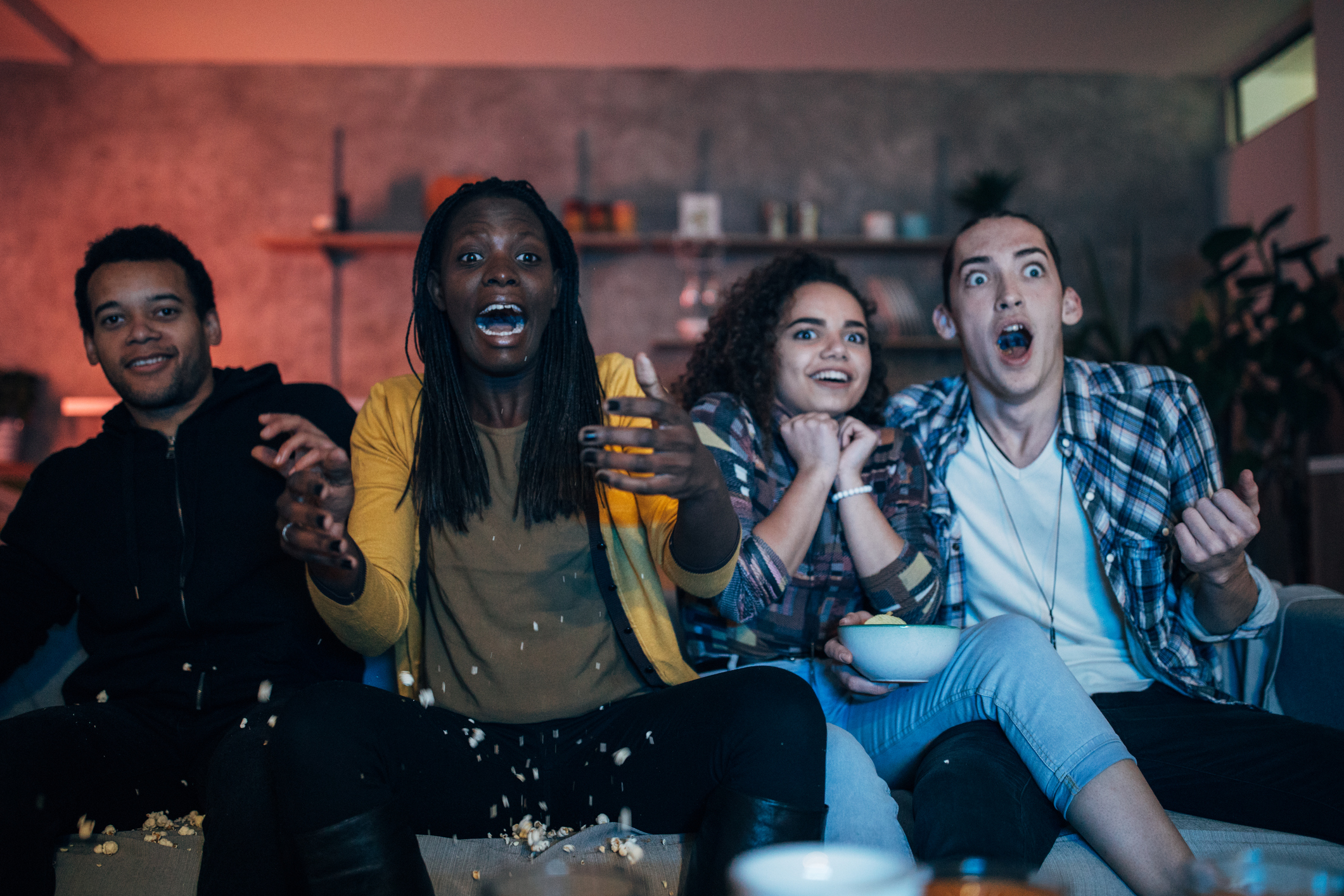 Do some quick math on how potent your cannabutter is, especially considering how much you plan to use in each pan of brownies. We know, everyone has their own unique way of making brownies and we wouldn't dream of telling you how to do your chocolatey thing. So measure out how much cannabutter you're gonna use. Divide that out of the total amount of TCH that is (probably) in your total cannabutter. Then, when you cut the pan, divide the butter potency by the number of pieces. And that's about how much THC is in each brownie.

Here's a quick by-the-numbers explanation of how to roughly measure your cannabutter strength per brownie.

A little experience tells us that going light on the cannabis is definitely safe than going heavy. Especially if your brownies are addictively delicious all on their own. Of course, if you've got a few days to experiment, you can always do a few little taste-tests to figure out the right level for a single brownie and multiply from there.

Whether you like the convenient shortcut of boxed brownie mix or you're a purist who starts with slabs of baker's chocolate and cake flour, it's time to get baking. If you've got your grandma's recipe for oh-my-god-can't-stop-eating-them brownies at hand, just replace the butter or oil in the recipe with your cannabutter. You can also replace only a portion of the oil for a lighter dose if your cannabutter came out super strong.

If you're working from a box-mix, the rule is the same. Replace some of the oil called for in the recipe with cannabutter instead. Oh, and add a dash of vanilla and an extra egg. That makes box-mixes taste real.

Now is when to decide how many pans of weed brownies you're making and if you're gonna make any pans of non-weed brownies just for snacking without getting extra baked on your baked goods. When you're done, cut up each pan and make a mental note of how your cannabutter dosage is portioned into the pot brownies just in case someone asks.

One of the best things you can do for your buds (friends, not flowers) is to label the brownies that are weed-tastic with the leaf motif. You can pick up sugary decals at the store or, if you're a whiz with icing, you can draw your own leaf in beautiful vivid green frosting on the top of each canna-brownie. Whether or not you're a master artist, the key is to make sure no one at the party can pick up a totally bomb weed brownie by mistake and accidentally wind up in the stratosphere.

Even a big green dot will do if you're in a hurry. Just make sure those brownies are labeled in a very clear way. Especially if you're differentiating them from non-"medical" brownies in a separate pan.

Finally, your brownies are ready and you know they're going to be a serious hit. Probably because you tried a nibble just to make sure they were really as awesome as you remember. And, of course, they are. Now it's time recover your kitchen from the canna-blast you just cooked up and get yourself ready for the party.

A quick spray of BluntPower air freshener can help neutralize that overwhelming smell of making cannabutter and then baking canna-brownies all in the same day. Get your kitchen back to smelling like the fresh wonderful place your landlord would never suspect and then it's off to the showers.

Put together your most amazing outfit for an all-night blast with your besties. And last, but not least, pack up your brownies for travel. You'll need them to survive the drive over, and not just because they're so good you'll be reaching for a bite before you're even halfway to the party destination.